Samsung smartphones have an enormous performance on board and are equipped with a variety of software features. Firmware updates constantly optimize the interaction of hardware and software, so the smartphones usually run without problems.

Nevertheless, it can sometimes happen that a Samsung smartphone suddenly stops responding and the display only shows black. If neither inputs via the touch display nor inputs via the hardware keys are accepted by the smartphone, then only a so-called soft reset or forced restart helps.

We would like to explain how to proceed with Samsung Galaxy smartphones in this article:

1. Press and hold the Volume Down button and the Power button for 10 seconds.

2. When the logo is displayed, release both buttons.

This will force your Samsung Galaxy smartphone to reboot. The process is roughly equivalent to taking out the battery for a brief moment.

If this did not help, then you need to perform the following procedure: 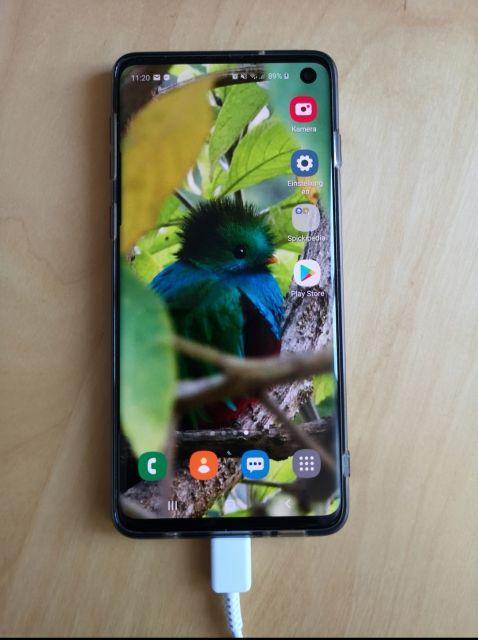 The procedure is similar to the above method:

Connect your Samsung Galaxy smartphone to the charger using the original charging cable.

Leave it connected to the charger for at least 15 minutes. This will ensure that the battery has been charged enough to perform the reboot.

While your smartphone is still connected to the charger, press the volume down button and the power button simultaneously for 10 seconds.

Release the buttons when the logo is displayed.

At this point at the latest, the Samsung Galaxy smartphone should reboot. We hope that one of the two tips mentioned above helped you with your black screen and non-response problem.